HU scientist: Humans must learn to live on a hotter planet

The 54.4°Celsius that recently hit California’s Death Valley is the hottest temperature ever recorded on Earth – and experts warn such heat waves will become a widespread phenomenon that could happen in Israel as soon as next year.

While Death Valley is the lowest point in North America and is generally known as one of the hottest places in the world, the heat wave recorded there earlier this month is particularly extreme and a symptom of a greater problem that experts say will hit Israel sooner or later. According to Prof. Daniel Rosenfeld, an expert in Atmospheric Sciences at the Hebrew University of Jerusalem, the temperature registered at Death Valley was half a degree higher than the hottest day in Israel, which was recorded at Tirat Zvi in the north in 1942. Rosenfeld says the extreme temperatures recorded in California will only become more frequent and more widespread.

“The amount of carbon dioxide we emit accumulates in the atmosphere,” says Rosenfeld. “It accumulates thus heating up the globe. We need to reduce all emissions and move to green energy completely.” 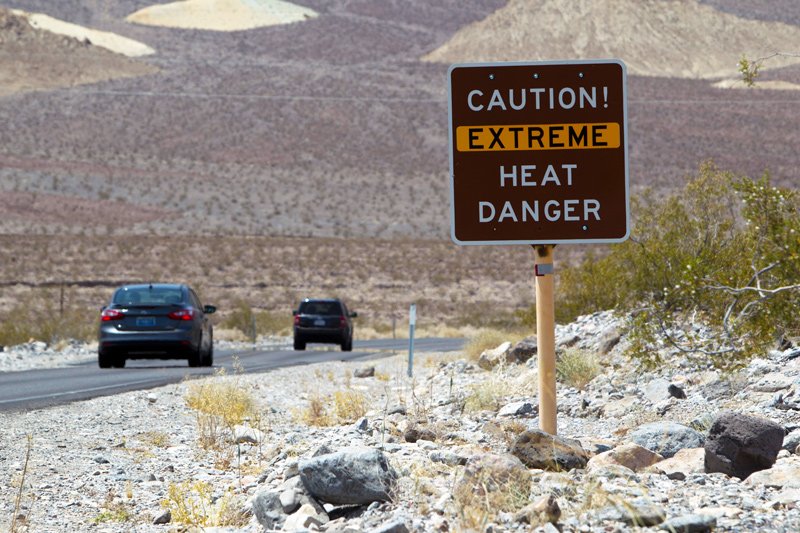 Rosenfeld says that such high temperatures may soon be observed in Israel as well.

“The Beit She’an Valley already had such high temperatures back in 1942. In Eilat temperatures were also nearly as high in May of this year. Then there was the phenomenon of dry thunderstorms. It should not be ruled out that we will see such temperatures in Israel this year or next.”

According to Rosenfeld, humans must learn to live on a hotter planet.

“We need to devise a long-term plan adapt to life in a warmer world,” he says. “On the other hand, we must move to cleaner energies so that the world creturn to normal in the long run.” A fire tornado in California

The extreme heat in the western United States is currently causing wild weather phenomena in the area, including in California, where a rare fire tornado has been spotted.